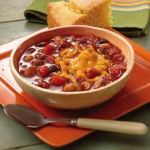 A hot bowl of chili is a common winter food. But do you know why?  Lean protein and cayenne pepper as well as salsa, chilis and mustard are thermogenic foods.

Thermogenic foods & spices – if you have even heard of them – have gotten most of their “press” by being known as fat fighting foods during dieting. Foods that can be listed in the  thermogenic category love to get rid of the stored fat. After eating food; energy is required to process it. This increase in metabolic rate is referred to as the ‘Thermic effect’ (TE) of food or ‘Diet induced thermogenesis’ (DIT).   Here’s where the diet thing comes in. Some scientists suggest that planning meals based on this concept may help you to control your weight.

But we are talking northern winter here…. burning fat is a great thing for most of us but, here we are, mid winter looking for a few more blankets!   All together it is a great package. Being inside more our metabolism gets more sluggish from decreased activity so the increased metabolism/burning calories/heating us up a bit is a terrific deal!

What are some more T foods?  Some of the foods are ones you might guess.  Cayenne pepper, hot peppers, chili powder,  ginger and mustard.  Green tea, parsley, apple cider vinegar, celery, cabbage and brussel sprouts are some that you might not guess.  Even more are salmon, berries, chili powder and lemon squeezed into a glass of water.  For all you farm to fork people, you gotta love this, one of the best examples of a thermogenic food is lean protein!  Chili with grass fed beef – wow!

As a rule, these foods stimulate metabolism, improve glucose levels and remove water weight.  Oxford Polytechnic Institute proved that cayenne pepper stimulates the metabolism approximately 20%. It not only stimulates the body’s metabolic rate, but also cleans fat out of the arteries. British investigators added ordinary mustard to a meal, causing the average metabolism in 12 subjects to shoot up 25%!

Green tea – either iced or hot is said to inhibit the action of amylase, a primary digestive enzyme of carbohydrates, and therefore moves food more quickly through the digestive system, raising the metabolism quicker, and burning more calories. Apple cider vinegar has always been  suggested as a tonic – but if you are not liable to do that on a regular basis then at least make your own salad dressing. [ Use organic non-pasteurized vinegar and you will get more positive benefits than just increased metabolism.  This live vinegar is actually a probiotic as well. When condiments were made by fermentation methods – they were truly healthy symbiotic foods that actually had a purpose for being eaten with a meal – more on that later – stay tuned!]

Not all fat burning foods have to be hot. Vegetables (preferably raw) also increase your metabolism.  It is suggested that red or green cabbage should be shredded, raw or steamed but …actually ….the best benefit from cabbage is when you naturally ferment it. The vitamin C content is very high.  It was this natural sauerkraut that kept people from getting scurvy on long ocean voyages.  The probiotics are great for your immune system. (there I go about probiotics again….)

And don’t forget garlic, great for cold and flu prevention too.  Even grapefruit and oatmeal are on the “list”. Eating porridge with a grapefruit in the morning may be more beneficial for us in winter than we think. Here’s more thermogenic foods with added benefits : cinnamon, cloves, turmeric and bay leaves actually have drug-Iike properties that help us handle the sugar in sweets. So French toast or cookies with cinnamon may balance that insulin level. Salmon, parsley, tuna and tumeric are even more.  I guess with all this said, an addition of Indian style foods more often would be a “hot” thing to do during the winter time.

Coconut oil is SO on the list.  It is a great winter time addition to your diet. Not only does it increase metabolism but has wonderful nutritional value as well as giving a boost to your immune system.  Coconut oil is so good that it deserves its own article.  I have a friend that swears his wife is in a much better mood when she adds coconut oil to her diet in winter!  Ever tried homemade French fries in coconut oil ? A treat not to be missed! My kids just love these and won’t let my husband buy frozen french fries ever again!

Here is an interesting pamphlet by Chef’s Collaborative,  on grains. Interesting – as chef’s need to find ways to offer grain free items just as much as menu items with grains.  So many people are cutting back on gluten or are encouraged to do so because of a medical diagnosis.

It’s All About Grain

But what is missing in any of the info, recipes, you name it,  when you talk about grains??

1) In the past, grains were soaked and sprouted before used in foods and recipes

2) We have disregarded these preparations for the most part

3) It is suggested by research of the WAPF that we need to relearn the traditional food preparations of grains to decrease “anti-nutrients” found in grains, nuts and seeds and to better assimilate the nutrients in them

Phytic acid in grains, nuts, seeds and beans represents a serious problem in our diets. This problem exists because we have lost touch with our ancestral heritage of food preparation. Instead we listen to food gurus…..  see more

See recipes on this blog or the WAPF website and more.

Enjoy a unique interpretive dinner, savor and learn and take some home!

Taken from the healing food diet for tuberculosis patients in the early 1900’s, cure cottage cuisine is an expansion of this and the beneficial foods and the PREPARATIONs used when preparing non-processed foods for health and healing. These foods and preparations should replace our current SAD (standard American diet) eating habits. 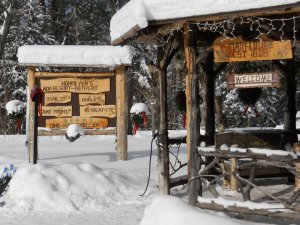